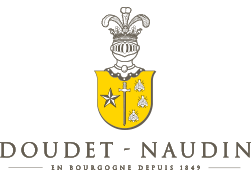 Moulin à vent
Grape variety
Gamay
Controlled appellation The King of Beaujolais, There is in fact, not only one village. Wines bearing the Moulin-à-Vent appellation (created in 1936) come from the commune of Romanèche-Thorins (334 hectares), and also from around Chinas (312 hectares). The name Moulin-à-Vent comes from on old windmill standing to the Northwest of Romanèche-Thorins, now preserved as the last remaining specimen in the Beaujolais
Local soil Granitic soil with rich veins of manganese, giving the wine its particular characteristics
Wine-making Traditional. Manual Harvest-picking and maceration in thermo-controlled tanks during 11 days. After a pneumatic press, maturation in stainless vats for 9 months.
Download technical sheets
Character and style Young, it has aromas of iris, roses, black fruits, and spice, the dominant note being of violets. It has a deep ruby red colour, with a good taste, and will keep well - maybe 4/5 years, developing its character as it ages
Ageing and service To keep 4-5 years. Temperature of service: 12-13°C